Here’s my set from the Fright Night radio show a few weeks ago. It took a while to post since I wanted to either rerecord it or at least cut out a few dodgey parts (record skips etc less than stellar transitions). I ended up doing the latter, so this is the exact set from then minus just a couple minutes of “errr, ummm, cut to a commercial break!” This show was supposed to be about playing “the darkest, most underground jungle/hardcore you own”, so rather than more well known darkside classics, I focused on a lot of the good dark tracks I’ve posted on this blog, including:

In addition tho tracks from the blog, I played a bunch of the other more beardy obscurities I could find in my collection – so it was pretty surprising when people recognized a lot of them! Ironically, with everyone trying to out-dark each other, a lot of the biggest darkside classics didn’t even get played during the broadcast, or got played much later in the show (presumably since everyone assumed everyone else would play them first…)

Warning: This is one of the more grungy/dark/weird mixes I’ve posted… no feel good tunes here. Enter at your own risk 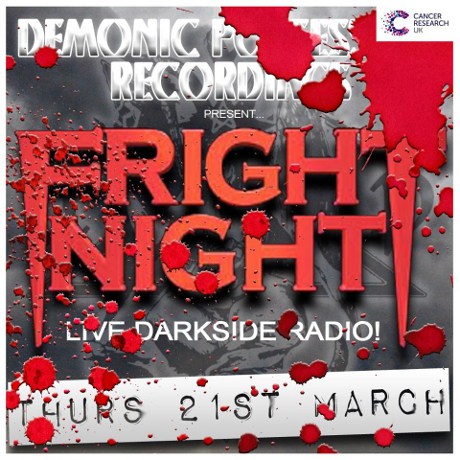