Just a quick update on 8205-002. We’ve gotten the artwork back and it is looking quite nice! 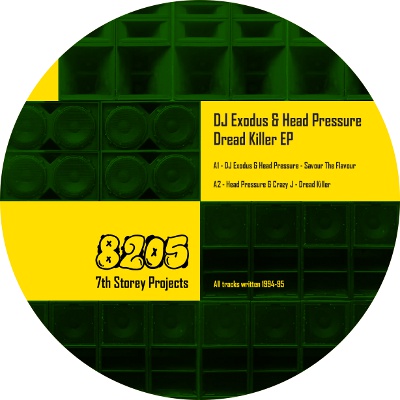 The art for this release was done by Schmee, who for years ran the website for Planet Mu. Schmee was actually one of the very first people to contact me when I started blogtotheoldskool 6-7 years ago, so I thought it’d be cool if he was down to do the art after all this time. Even though he was doing web design back then, it’s cool to see he can still knock out a wicked record design in practically no time flat 🙂 I’m thinking this design will look nice alongside the green opaque vinyl, at least based on my quick crappy mock-up: 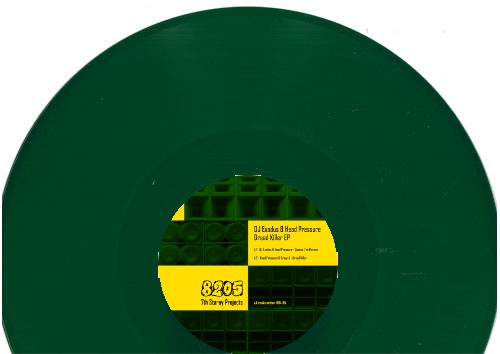 Big thanks to Schmee for doing the art!
As for the record pressing itself: the mastering and cut has been completed, lacquer was received by the pressing agency and it has been sent off to the plant. We’re waiting for test presses now, will update when those happen. For more info about the release, you can Check this article.

Also, thanks to everyone who has grabbed copies so far… quite a large chunk of the press has already sold. For anyone who has’t nabbed it yet, there’s still some preorder copies available via the Seventh Storey Projects site: