Here’s another cool grab from my UK trip…. an under-the-radar single on the under-the-radar label Flavour Vinyl, which I assumed was connected to Flavour Trax (SY-Uss + Justice, Harlequin, etc) but in retrospect probably isn’t. DJ Solo is better known for his Production House output (Darkage, aka the “junglist!” tune) and his later tunes on Good Looking tunes as Axis. He and Aura also did a single on Mo Wax around this time which I’ve never heard, but it’s definitely on my to-grab list.

As for this track, I can see why it wasn’t a hugely in-demand chart topping polished hardstep anthem of the time, but it does tick a lot of checkboxes for me. Unlike other 96 tunes which were getting quite steppy and simplistic drum-wise, this track throws about a billion breaks at you all heavily layered up, providing some of the looseness of earlier era hardcore tunes but in a slightly later context. I’m always a big fan of this approach – the result might not be the most razor-sharp or sonically pristine, but it’s really fun to listen to the various layers of drums interacting.

Aside from the breaks, this track also features massive subby bass, effective background atmospherics, and (the cincher) one of my personal favorite vocal samples:

Just an amazing sample from an amazing scene in an amazing movie (if you like spaghetti westerns). That line was also used in Bounty Killaz – “Bounty Killaz” off their first EP, in case anyone recognizes it but can’t remember where. All in all, for 99p this is defnitely a cool one to nab, big respect to Solo and Aura! 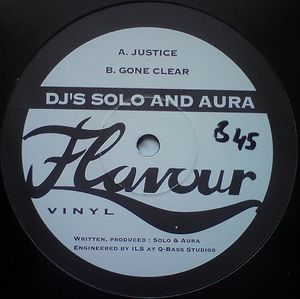