Here’s another track I probably should have posted around Halloween, but forgot. I don’t really feel like waiting a full year until next Halloween to post it, so, here goes.
As the name indicates, “Child’s Play” is a classic 91 horror-themed breakbeat tune along the lines of tracks by The Psychopaths on Elicit or maybe That Freddy Krueger Holy Noise track. It might also be AKA that Child’s Play sampling hardcore tune which is ISN’T 150 Volts – Hi I’m Chucky. Release in the States on the Nu-Groove sublabel Rhythmatic Rage, it was made by Peter Presta, a well known NY house DJ who also released on labels like Strictly Rhythm and Nu Groove itself. This track was written in that magic couple year period where NY producers like Frankie Bones, Tommy Musto, Lennie Dee, Ralphie Dee etc were absolutey killing it with post-freestyle breakbeat-y house tracks, giving some of that energy that ended up in 92 hardcore but at a slower bpm. Aside from the Child’s play samples, there’s plenty of other familiar bits showing up – the “party!” chant and “whoo!” as used in a million house/techno tracks at the time (including Joey Beltram’s “Panic” which was released on the same label), “Give It Up Or Turn It Loose” break with some more bleepy electro sounds mixed on top. Really nice stuff, maybe a bit slow and skeletal for fans of later jungle but if you love your 90/91 stuff this will be surely be up your alley! 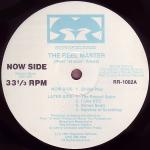 One Reply to “The Reel Master – Child’s Play”