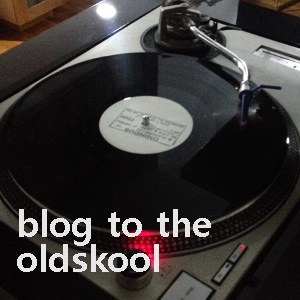 Here’s a re-recorded version of last Sunday’s Blog to the Oldskool Radio show on http://jungletrain.net. It was originally 2 hours long, but due to some server issues, the stream cut out a bunch of times. Rather than trying to stitch together a bunch of partial sets including random spinbacks / track startovers, I decided to take the records I had left over from the stream and rerecord a set with them. I ended up leaving out a few tracks I had originally played (mostly jungle stuff that didn’t really fit, plus that weird Icons “stop-go-celebrate” track below), but the best tunes are still there in basically the same order.
Overall I’m happy with this mix – 35 tracks / 73 minutes, continuing with the lots of house, electro (and even early hardcore) at 45 alongside a decently varied selection of 93-94 tunes… mostly centered around a Basement Records kind of sound, without having many obvious tunes from that label and with some definite diversions.