I’ll be the first to admit that, when it comes to what I post on this site, things aren’t exactly weighted with regard to actual jungle history. Though basically all this music is from that era, and there’s lots of cool and interesting stuff here (I wouldn’t bother posting it otherwise!), these tracks are all aggregated from the perspective of some weirdo US guy who has been collecting these tunes over many years removed from the pirate radio stations and huge UK raves taking place. As such, some tracks I post may happen to be popular, but by and large a lot of the stuff posted is just interesting to me based on its own merit, rather than its importance at the time. If anything, there’s a heavy focus on tracks which may NOT have been paid attention to back then.

Then again, every now and then you have tunes like this one, which I think everyone can agree are killer – from the most elitist “you-had-to-be-there-or-it-doesn’t-count” types, to people who care less about who played what when and just want to hear good tunes. This track typifies the early jungle sound pushed by labels such as Ibiza, Kemet and Redskins. Discogs says it’s from 92 but I’m thinking this might be more of a 93 track (or at least late 92) – it certainly featured more in 93 mixes to my knowledge. There’s not a ton going on here, but it all melds together perfectly – breaks layered up neatly (think plus a few more – soul pride? kool is back? someone help ID these), reggae vocals (singing not toasting), synths thick with vibes (not too dark not too happy just DEEEEEP), and an extended Malcolm X speech sample. Definitely a must have for fans of jungle looking to see where it all came from years before “Incredible” or stuff like that. 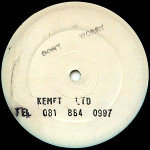