Here’s a nice white label obscurity. Though supposedly from 1992, this track didn’t come out until the mid-noughts on the flip of a reissue of D’Livin “Why”. It’s actually worth tracking both the original of that EP down and the reissue, as the other tracks on the original are nice (not featured on the reissue), but this never-before released track is a tune as well. Luckily this repress has gone down in price nicely over the past few years so very easy to buy – perhaps it’s seen another press?
“In n Out Your Mind” is supposedly by someone named “Templa” – not sure if that’s Simon Templa of later jungle whitelabel fame, one of the two guys from Satin Storm or an associate? The production sounds the part to me, though I’ve never heard this in old sets so far all I know it could have been done more recently than 92. Ether way, it’s a serious tune and quite possibly overlooked due to its late release/ presence on a reissue EP. 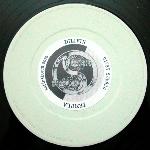 Templa – In N Out Your Mind

One Reply to “Templa – In N Out Your Mind”