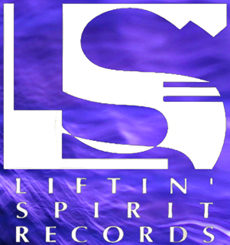 Here’s a wicked mix by Tim Reaper featuring all tracks from the Liftin’ Spirit label. Set up in 94 by Ant Miles as a sort of sister label to RAM, Liftin’ Spirit put out loads of heavy jungle tunes in those early years. As with RAM, nothing I’ve heard from them was particularly weird, out-there, or experimental – their tracks seemed aimed precisely at the dancefloor. As this mix shows, the quality level was consistently high, with top notch production all around, making these tunes fun to spin as well as to listen to.

Really though, this mix isn’t about that. It’s actually part of a long-running campaign of harassment by Tim against me for not owning enough records on this label. You see, in Tim’s eyes, me only owning 3 or 4 out of the first 16 or so releases on Liftin’ Spirit is tantamount to me “hating” that label. In fact, the real purpose of this mix is to mock me and a particular deficiency in my record collection. Don’t be fooled into thinking it’s to showcase a classic label and raise awareness about their best tracks, which are now available for sale digitally sounding crystal clear direct-from-DAT. That’s purely a happy side effect second to his central troll-ish intentions.

Motives aside, there’s no denying the gems in this mix. From the earlier tracks like “Giggle N Rush” through to the deadly steppy “Going On”. This mix seems to stick around the 94-96 era, but the label went on to do some more heavy dancefloor numbers through the 2000’s (“Poison Vapour” was a personal favorite of mine in the late 90’s). Any fans of slightly later DNB would do well to check those as well.

One more random note – the version of “Going On” featured here is different from the full label vinyl version. The regular vinyl version has a more high end wobbly sort of bassline, which you can probably hear if you search youtube for rips of the vinyl…. the version featured here (available for purchase on digital download sites) features strictly heavy sub, and far, far, preferable to my ears. Phil DJ eXtreme recently pointed out that this release’s matrix number indicates that there might be some alt promo version floating around on vinyl for the subby bass version. If anyone can confirm or deny this, please get in touch.

In the meantime, enjoy this wicked mix while I go ahead and order a couple more records from this label’s back catalog… looks like Tim’s ploy worked after all.

edit: big thanks to Phil for the tracklist correction