With all the focus on jungle lately, it seems LOTS of tunes are going way up in price, not just the rare/in demand ones. For instance, Paul Z’s great EP “Open Mind” seems to be totally sold out on discogs as of writing this. Still, it’s nice that there’s plenty of other tunes like this which are still kicking around for a pound or two. This EP is a bit later than “Open Mind”, and has more of a steppy feel at its base (due to the later year), but still lets loose with nice amens after a while, plus heavy sub and those classic moon landing samples. Not gonna cure cancer or change music as we know it, but some nice really fun stuff to throw in the mix! Big respect to Paul Z wherever you are. 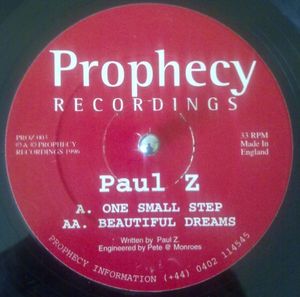