Here’s a tune I’ve had stuck in my head for some time now, and consider a pretty fun remix. It keeps things pretty stripped down and tasteful beat-wise, leaving the original tune’s vocals and synths to take prominence in the track (as they should). That being said, the tune being remixed here is essentially euro-house, so this definitely isn’t one for fans of deeper-and-darker-than-thou jungle tunes. Anyone looking strictly for timestretched ragga vocals or mad gunshots with chopped amens on tops, look elsewhere.

According to DeepBassNine on B2VOS, the following comment was left on the version in his youtube channel ( a channel which sadly has been taken down recently):

“This mix was sanctioned by Champion records who had Kristine W signed, its written by Rolo, the man behind Faithless, we got given the remix to do but Champion didn’t want anyone to know it came from them as they didn’t do any jungle at that time…so went out on a white label and sold out straight away….it was a pleasure doing it, 1994/5, I don’t even have a copy anymore” – Al Spencer

In this case, the “we” here is Al & Louise Tregigdo, who commented below saying she did the bulk of the music-writing. Unfortunately, as it’s a pure whitelabel, this isn’t clear when you buy the release. I managed to nab this EP pretty cheap but it seems to go for quite a bit on occasion, due to the limited nature. I’m a bit hesitant posting a track associated with such a big label, but since they seem to not want much to do with it, hopefully it’s OK (will take it down if it’s a problem for anyone). 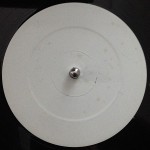 Kristine W – Feel What You Want

I’d be curious to hear if the artist behind the remix (Al Spencer) did any other Jungle tunes. The only other production credits I found for him on discogs were for a Robin S EP in 94 (also on Champion), and a Brand New Heavies record in early 2000’s he did in the group Superstrutt w/ Steve Taggert. However, I also tracked down his soundcloud page, which features quite a few more remixes in the house/breaks vein. Definitely check those below and follow him on there if you dig em:

15 Replies to “Kristine W – Feel What You Want (Jungle Remix)”